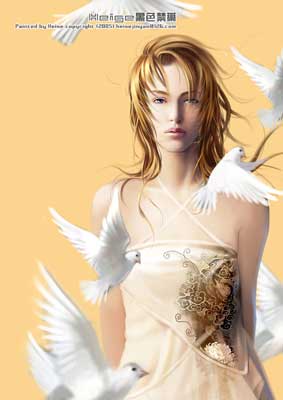 A first age twilight caste solar sorcerer who probably provided the third gate of the Three Gated Cage to save Baradine. She lived through the Primordial War and nearly all of the First Age. Killed just a few months prior to the Usurpation, she was buried in a lavish tomb in the eastern forests near Q'in Sanizaj, a city she founded; however, this tomb is known to have been overrun with Fair Folk during their invasion after the Great Contagion.

Wyr'palja was once the student of Tarim and became fascinated by his crucible's ability to distill spells into liquid form. She eventually split with him over philosophical differences and a tumultuous argument (resulting in much collateral damage and hundreds of mortal deaths). It was because of this that she ventured so far east to found Q'in Sanizaj. Here, she expanded on Tarim's work and uncovered the secrets of magical alchemy, figuring out how to distill charms into liquid form as well. She shared these secrets with the world in five books: Salt, Aether, Gold, Alkahest and Berith.

She was buried with a number of Ideal Visage Minions made to look just like her. These concealed her most important works as best they could, in the form of four books: