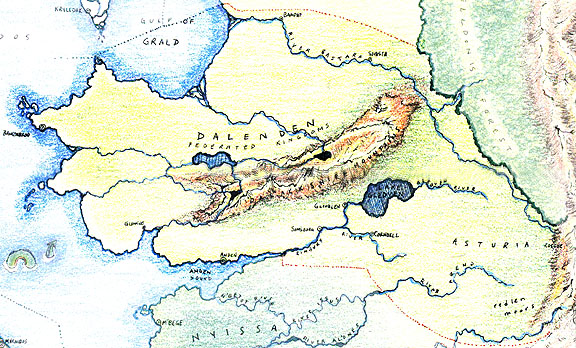 Central to the continent, Dalenden is culturally advanced, with numerous large cities and burgeoning trade. It recently incorporated Asturia into its borders. The center of the country hosts a bountiful agricultural region.

Dalenden is an oligarchy, largely under the control of the Senators of Dalenden.

Most citizens of the nation worship gods of the Egyptian pantheon.

The winter solstice is commemorated with city decorations and gift-giving.