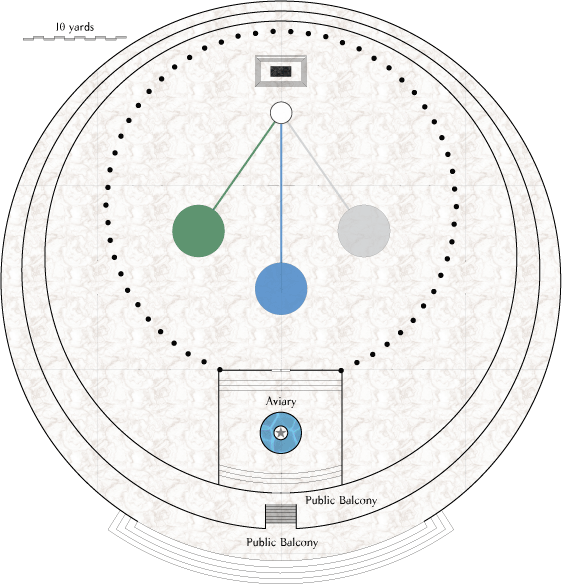 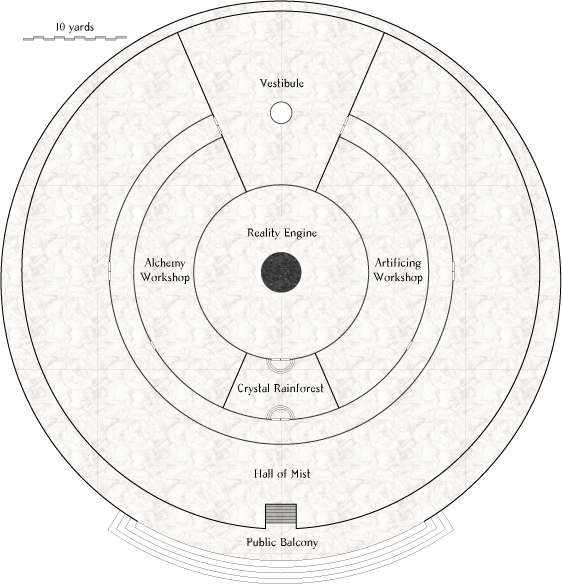 Automaton, possibly something like the Feathered Serpent (which would be right in character with Wyr'palja), but more lethal. Maybe two or more. Animates when door opens. Murals with hints.

when all in room, door shuts, room fills with mist. Those inside teleported to random locations in room. Pitch dark and filled with mist. Like simulacrums of smoke. Each round, essence darts fly around, dealing damage. Pits as well. Possibly a Cloak of Deadly Automata (guardian) defends the place, scary in the smoke. Basically, best defense is not to enter.

like Wonderous Globe of Precious Stability, but bigger and draws power from the wyld itself, not a hearthstone. Section of floor hides stairway to lower level.

Lower level has very low ceiling. Must crouch. Each section has an anteroom with possessions valuable to exalt. Filled with automaton assassins.