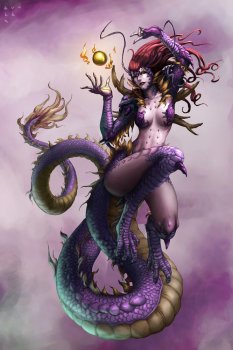 Cahlenna tried to wrest prizes from Kinaniz, but was instead captured by him, along with her entourage. Tasked with guarding Wyr'palja's mausoleum, she ran into the circle, who killed her.