Level Two: The main control center sits atop the Creation observatory. A large holographic map dominates the center of the main control room, showing the path the station takes over Creation, it's current location, the current location of the 25 constelations, the sun, the moon, the elemental poles and various other features. A ring of consoles surrounds the map, split into five sections. Each console has its own purpose: 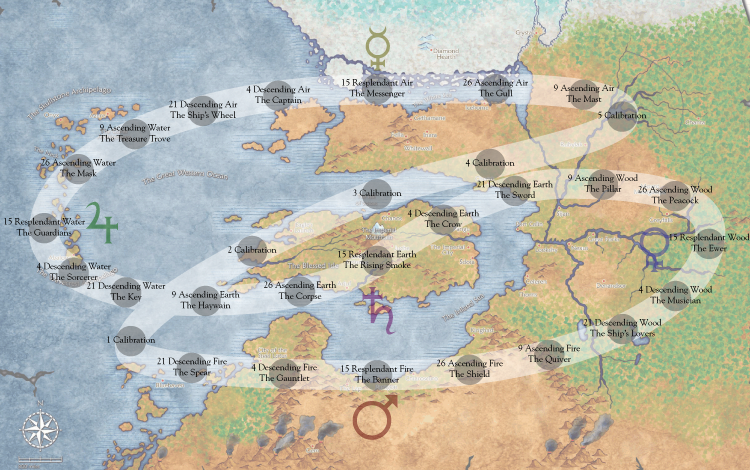 Comfort Zone (2x1): The manses environment is quite comfortable for humans, and can be controlled from the manse's second level.

Password Activation (1): The hearthstone to this manse is formed within a starmetal vessel that will not open. Any attempt to breach the vessel causes a proportional amount of damage to the manse itself. Inscribed in Old Realm on this vessel is a grid of all possible Old Ream letters. Above it reads the inscription "Gulak's Loss". This is a reference to a story that can be found in the Tome of the Great Maker. In the sections about the eight heroes, five of them are mentioned as "loosing" something. Gulak lost his sanity, making the Old Realm word for "sanity" the password.

Cosmetic Displays (0): The manse generates occasional "willo-wisp" type floating orbs of light that wander about briefly, before petering out.