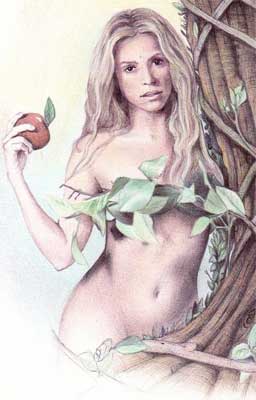 Thee Lady's visions of the future distract her from what is happening in the present while she is talking, giving her a detached and somewhat eerie demeanor. She tends to be calm and polite, even when angered.

While she doesn't mind the changing nature of the jungle, the Lady works to prevent the jungle from changing too radically, and is always on guard for such threats (a band of solars claiming a manse, or an invading undead army, for example). The possibility of claiming the demense upon which the manse is built interests her marginally.