Last Basalt is a tower of rock jutting from the jungles in the mountains southwest of the Lap. It is the remnants of a pair of such formations known during the First Age as "the twins". It's companion was destroyed some centuries ago. 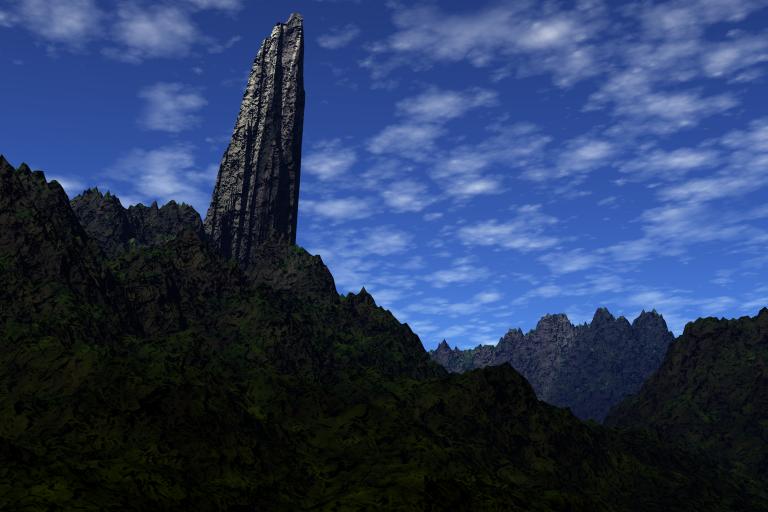